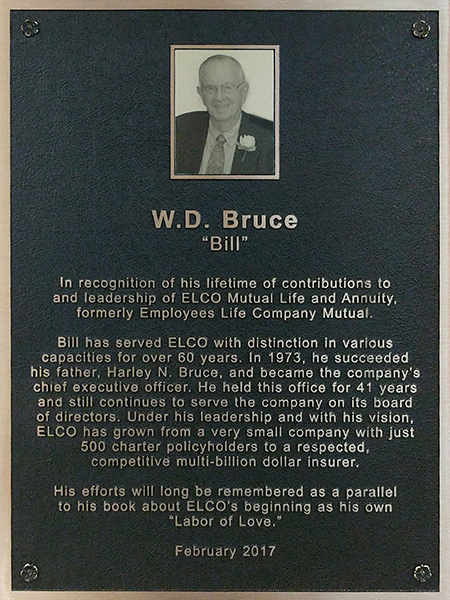 Earlier this month, W. D. Bruce (Bill) stepped down as Chairman and CEO.  He has spent his entire career at ELCO, devoted to its success.  ELCO was only in its eighth year when Bill joined the company on February 1, 1954.  At that time, the company’s assets were a little over $118,000 with approximately $13,000 in surplus.

After serving as a vice president for nineteen years, Bill succeeded his father and took over the company reins in 1973 as ELCO’s second president.  While Harley Bruce was the founder of the company, most would think of Bill as the father of ELCO.  At that time, ELCO was licensed in just two states and had assets of approximately $1.7 million and $319,000 of surplus. 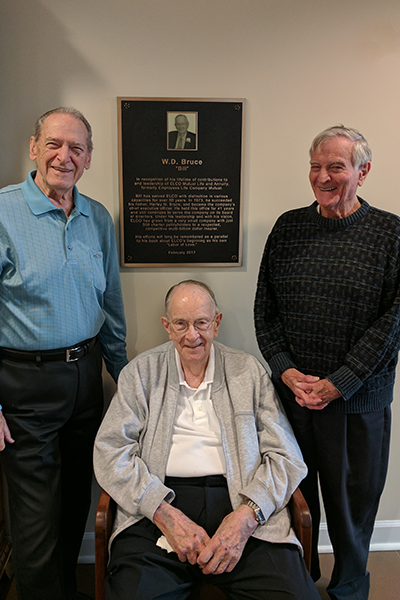 Bill and his brother Bob had a new vision for ELCO: to see it grow and reach out beyond its own backyard.  One of the first major decisions was to build a new home office.  In 1977, their plans were drawn up and construction began in 1978.  Despite one of the worst winters in Chicagoland history, ELCO’s current Lake Bluff home address began on January 1, 1979.

In 1980, Bill oversaw the company’s first merger with Crown Life of Illinois.  As a result of the merger, ELCO’s assets grew to over $12 million with a surplus of $1.7 million.

During the early 80’s, ELCO began filing for admission to other states.  Since that time, ELCO has had 42 certificates of authority.

The year 1985 brought another merger with the Locomotive Engineers Mutual Insurance and Accident Insurance Association [LEMLE&AIA]. As successor to this merger, ELCO’s assets increased to $30 million with surplus to over $4 million.

Bill holds many ELCO records, which are unlikely to be broken due to his time of service. For instance, 42 years without a sick day.  Another record is that he served as our CEO for 43 years.

As a small token of our appreciation and gratitude,   a bronze plaque has been permanently affixed to our entrance wall, which pays tribute to William D. Bruce, the Father of ELCO. 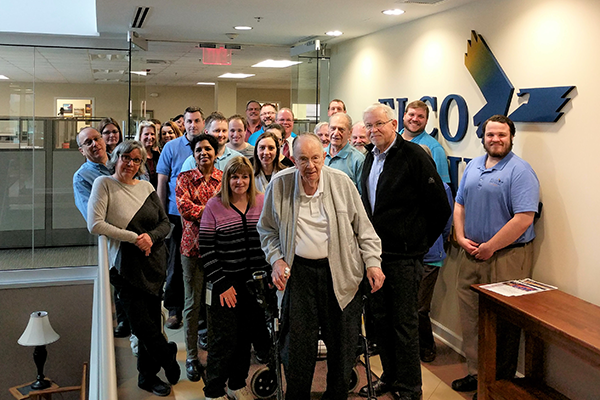