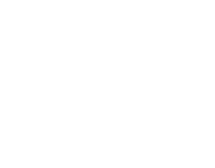 As a mutual company organized for the benefit of our policyholders, ELCO Mutual invites these individuals to annually elect the board members who continue to serve the company’s best interests. The board members then choose the officers who direct the company's day to day operations. Every decision these officers make—investing funds, paying claims, answering your questions, appointing field representatives, and more—is with the company’s overall wellbeing top of mind. Our officers collectively have hundreds of years of executive experience in insurance, so they know how to make educated, appropriate choices for the benefit of our company and its customers
View Our Annual Report 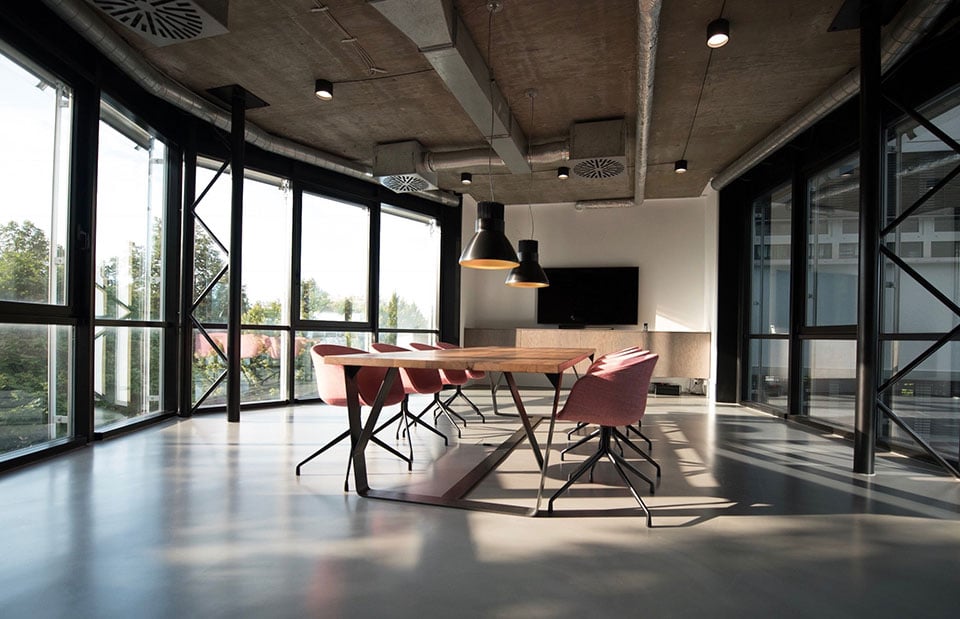 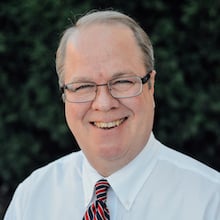 David A. Bruce, President and CEO

David was raised in Lake Bluff, the home of ELCO Mutual Life and Annuity. He attended Bradley University and Barat College before beginning his career in ELCO Mutual’s new business department in 1985. Shortly after, he became an assistant vice president. Upon the retirement of its claim manager, David transitioned to the claim department in 1989. In 1996, he received his ALHC designation from the International Claims Association and was subsequently named a vice president and received his designation of ACS from LOMA. In 2006, David was elected ELCO Mutual’s executive vice president. He and his wife have one daughter and one son. 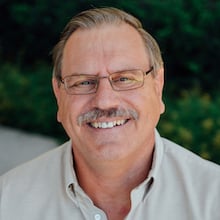 Paul began his insurance career as an agent in 1986 after studying business administration at Quincy College in Quincy, Illinois. He served as secretary and treasurer of a fraternal benefit society for over 20 years prior to joining ELCO Mutual in October of 2011. His background includes all phases of the statutory life and non-equity/indexed annuities and administration thereof. Paul joined ELCO Mutual to assist in the policyholder services area as well as provide additional insight for the company in the industry. He has received the Fraternal Insurance Counselor Fellowship designation, among other credits. Outside of work, Paul enjoys spending time with his wife and three sons, who play baseball and softball. When time allows, Paul also enjoys playing golf. 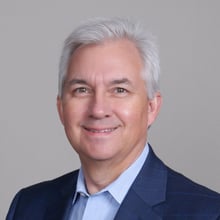 Tim began his career as an actuary during an internship his senior year at Coe College when he was looking for a job that utilizes his business and math majors. For over 30 years, he has held roles leading product development and corporate development with life and health insurance companies. In January 2021, Tim Heaton joined ELCO Mutual as Senior Vice President and Chief Strategy Officer. He will be responsible for overseeing all strategic initiatives to enhance services and product value to policyholders and independent agents. Tim and his wife enjoy hiking, biking, snowshoeing, and traveling to explore different parts of the US. 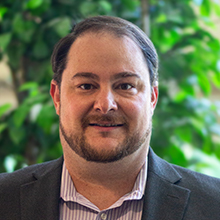 Silvio graduated from the University of Illinois at Chicago with an undergraduate degree in Computer Engineering and a master’s in Applied Mathematics from DePaul University. He has spent almost 20 years as an actuarial consultant, primarily serving fraternal benefits. In August 2018, he came to ELCO Mutual and became our Chief Risk Officer in February 2020. He is responsible for risk management across all facets of the company. Silvio is an avid sports fan and loves to take road trips across the USA with his wife and three kids. 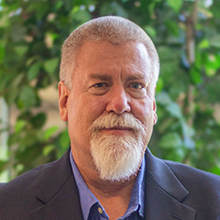 After spending four years in the Marine Corps, George found a position in banking and worked his way up the corporate ladder to Operations Officer. Eventually, due to mergers/acquisitions, he found himself in the IT area of expertise and never looked back. Before joining ELCO Mutual, he worked in IT Support for Condell Medical Center and P&C insurance companies. A few years later, George wanted to make a change. ELCO Mutual realized that his talents and experience could help the company grow and hired him in our IT Department. He currently holds the role of Chief Information Security Officer, where he oversees positioning the IT department towards ELCO’s growth and maintaining security for ELCO’s greatest asset, its policyholders. In his downtime, he loves to walk his dog, ride his motorcycle, and go antiquing with his wife. 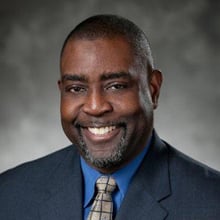 Eric relocated from Tennessee, where he gained invaluable experience working for BlueCross BlueShield. He has practiced law for over 20 years and has worked at various insurers, including Aetna and AIG. He graduated from the University of North Carolina at Chapel Hill and the University of Pittsburgh School of Law. In 2020, Eric joined us as our new general counsel, where he will be responsible for all legal and regulatory compliance issues impacting ELCO. In his role, he will provide strategic legal advice and support to all ELCO’s departments and functions, including advising ELCO’s management on new and existing laws and regulations that impact ELCO. Eric is an avid reader of science fiction and loves playing and watching a variety of sports. 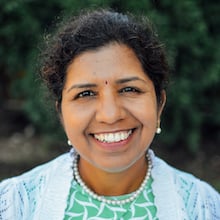 Ponni acquired her master's degree in accounting in India and her certified public accountant (CPA) license in the United States. She worked for over 10 years as a senior manager for a manufacturing organization in India and headed the company's finance and taxation departments until she joined ELCO Mutual in 2014 as a part-time employee. It didn't take long for Ponni to quickly rise through the ranks, first becoming the accounting supervisor, then the controller and treasurer, and, finally, a vice president. Ponni has worked diligently to grow ELCO Mutual's accounting department and is an invaluable member of the executive team. 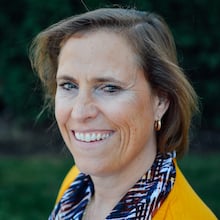 Lori graduated from the University of Northern Illinois in 1987. Shortly after graduating, she began working at Radio America, where she gained experience in positions spanning collections, sales, marketing, and human resources. During her 22-year tenure, she rose to the rank of vice president. Lori joined ELCO Mutual in 2010 and quickly became an instrumental member of the team. She has acquired many designations, including the SHRM-CP and PHR designations for human resources. However, human resources is not Lori's only focus; building a culture that goes above and beyond in volunteering, donation, and organizational sponsorship opportunities is just one of the lasting impressions Lori has created. Outside of work, Lori enjoys contributing at her church, playing sports, and spending time with her daughter. 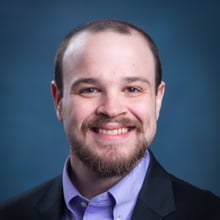 Bill graduated from Southern Illinois University in 2016. He began his ELCO Mutual career as a Marketing Analyst in 2017 and then quickly climbed the company ranks. Over his tenure, Bill has been involved in various marketing and sales-focused projects while dabbling in the underwriting space. He recently became the Vice President of Marketing and is looking forward to helping ELCO Mutual continue its goal of growing. Outside of work, Bill enjoys attending baseball games, visiting new places to eat, and traveling to see his friends out west. 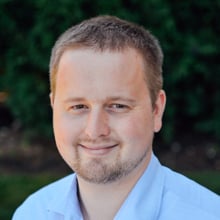 Jeff started at ELCO in 2013 in the file room and then transferred to our Agency team. He was in Agency for approximately two years before being promoted to manager. In that time, Jeff was also determined to grow his education by working toward receiving the FLMI, AIRC, ACS, and ARA designations to learn more about life insurance and, soon enough, the compliance field. Management noticed his natural talent for compliance and how his designations could help better ELCO’s future. In 2021, he was promoted to Chief Compliance Officer. He will be working alongside our General Counsel, Eric Myers, to manage and oversee regulatory compliance procedures. Outside of work, he likes to spend time with his family, play board games with his wife and friends, and continue learning. 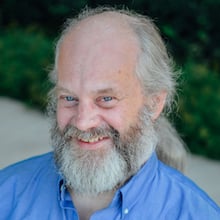 Roger applied for a mailroom job at ELCO Mutual in 1981. On his first day of work, he made a wrong turn and ended up in the computer room—and never left that department. In 1996, he became a vice president for the company and now heads the information systems department, building the alignment of technology and business. He is constantly upgrading his knowledge with seminars and schooling. When away from the office, Roger spends time with his family and enjoys anything with an engine or things with fewer than four wheels.

Contact a member of the ELCO Mutual team today for assistance finding the insurance plan that fits your needs now and prepares you for what’s next.